During the summer I was tasked with organizing and cleaning out an old physics storage room at MIT. There were a lot of cool items for different experiments I salvaged for both Junior Lab and TSG (8.01/8.02). This is one of the items that I salvaged but it was not needed by either group, So I was able to keep it for myself.

From my best understanding, this is a turn of the century (1900) brass lamp and steel stand. I believe it had a dual purpose between desk lighting and use as a heat source for experiments. This is just my best guess from the evidence that I have found. Mainly some built up chemical gunk on the surface of the brass and the location I found it, amongst  equipment in an old experimental physics closet.

– Chemicals (on steel to help with removal of rust)

In-short, the aim of this project was to remove a layer of material from all external surfaces of the lamp. Since the object is not simply a few flat surfaces, but instead a bunch of complex curved structures I had to try a few different methods for removing surface material of the brass lamp.

This first was a very standard approach, Sandpaper, ranging from low grit (~100) to mid-range grit sand paper(~1000).  Using this method I was able to clean most of the surfaces with ease but ultimately was unable to get a surface finish that I was pleased with.

The second method was using a machine-shop sandpaper sponge, which in short is just a sponge like material in a rectangle with sand-paper adhered to 4 sides. Using this sponge I was able to get some of the more rough features and ultimately clean up the rest of the lamp.

Finally, on the lamp I brought it to a buffing/polishing wheel setup and cleaned the outside to a decently shiny finish.

The base was much the same but with the added difficult of steel. Because of this fact, I started with a handheld sandblaster (which was under-powered at the time) and removed as much rust material as I could manage. Once I accomplished this I switched to sandpaper/sponge. This method worked fine on the legs of this stand, but not on the base of the stand.This is where I was given the suggestion from a friend to use (Starter or primer) chemical for assisting in the removal of rust. From his experience with mopeds, he has found that it works very effectively in small concentrations against rust. Once I tried it, I was able to remove the rest of the rust and give the material a cleaner look, void of rust.

Ultimately though, going this method is not suggested because of the harmful nature of the chemicals used. If I had my pick, I would suggest getting access to a decent sandblaster setup and use low grit sand. If that doesn’t give you the finish you want, you can always move up in the quality of the sand to a higher grit. 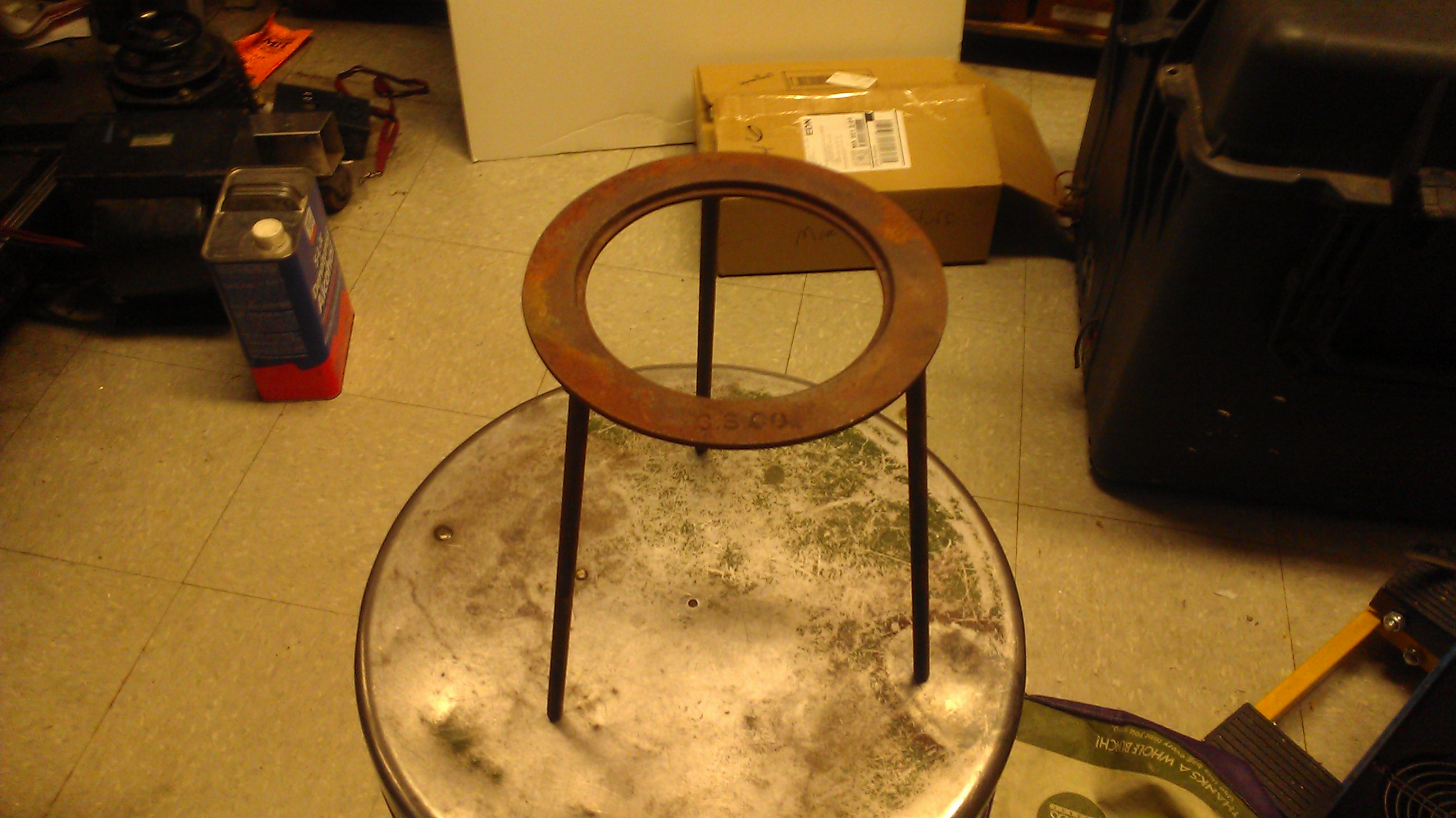