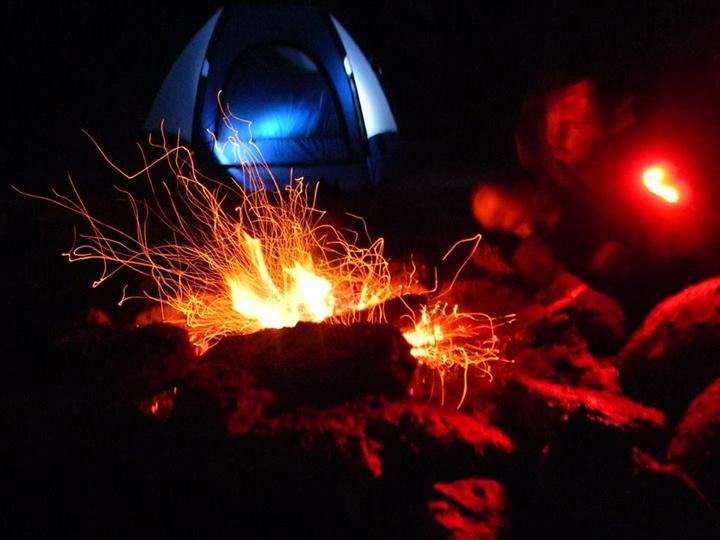 One of the processes that is kind of casually overlooked or glanced over when looking at history is the technology of fire-hardening. In the this project I got a stick and carved a spear point on the end of it, the goal was to take a decently dried stick and create a strong staff/spear from the application of fire.

My steps of fire-hardening: (randomly deployed without any prior research in the middle of the mountains of colorado)

* Carve the tip of the spear

* slightly burn, then bury the material in the bed of coals.

This ended up creating a relatively harder surface on the tip of the spear, but I did not end up employing this method on the whole body of the spear. This ended in a failure of creating a strong tool because when thrust-ed the fire-hardened component sheered off from the non-fire-hardened shaft.

After doing some causal google-ing I believe that the best way to achieve actual hardening is as follows; make a spear, then burn slightly and shove into very hot coals, find a granite or other tough variety of rock that is generally smoother (as to not cut ones self) and rub down the recently fired wood. Repeat the fire and rock rubbing part until satisfied. Also I would highly suggest taking the time to attempt to fire harden the entire shaft as to avoid the sheering  forces between the hardened and unhardened pieces when in use.