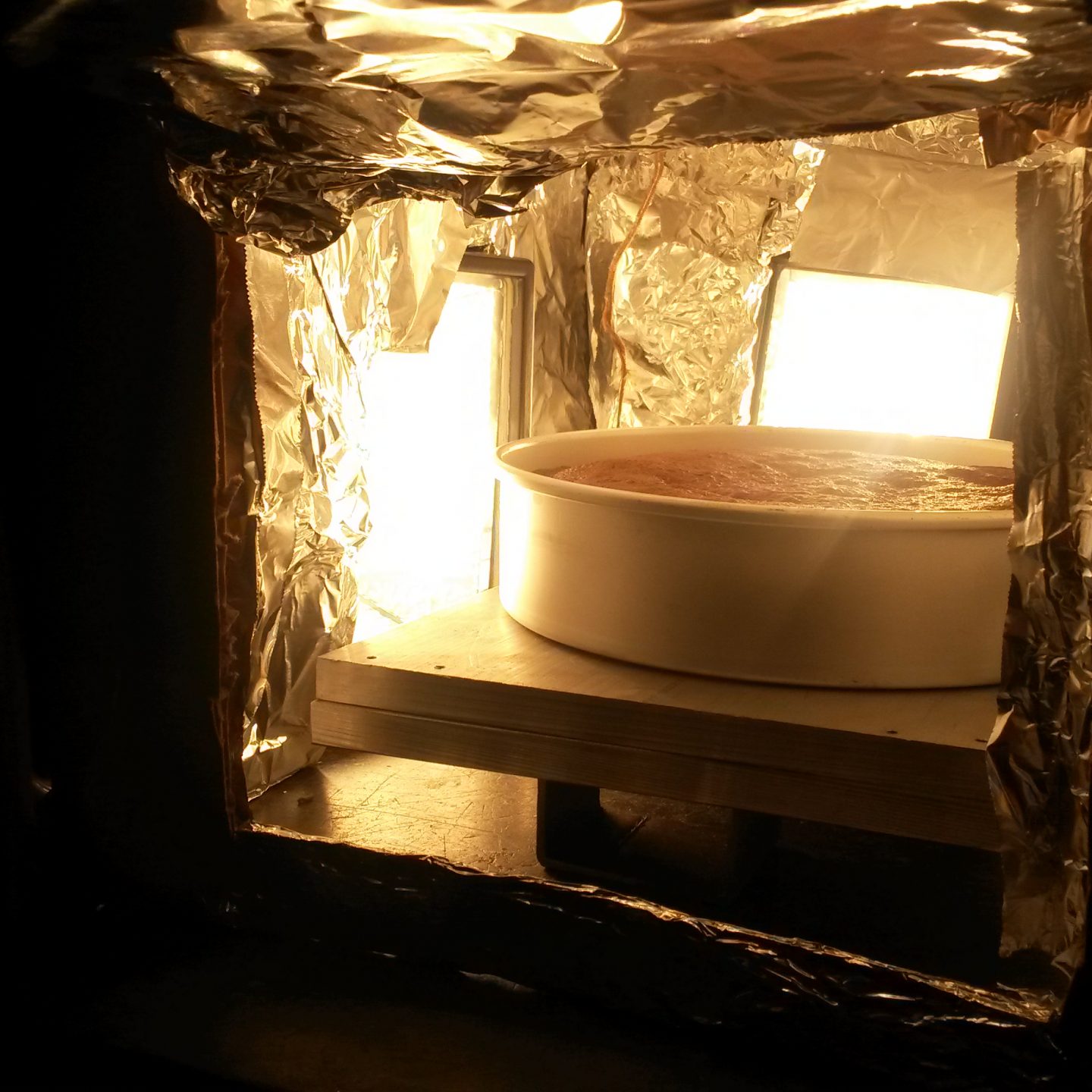 One of our friends and MITERS members was heading off to the great big California Tech Region, so Dane and I decided to bake him a cake… with science.

Initially we started out with (2x) 500 watt halogen work lamps and a cardboard box. We then cut two holes and coated the entire inside surface of the box with aluminum foil. We built this all on top of a chem table, which are made out of epoxy resin (Currently used as a work bench in MITERS). Another addition was to add a temperature probe and thermometer into the box so we could determine the internal air temperature of the box. As for the oven door, we used a simple slot cardboard handle to allow us to easily open the oven-box without having to take apart the oven.

After 10-20 minutes we started adding insulation foam to the outside of the box. Initially just leaning it, but ultimately using wire to affix it to the sides and top of the box. Roughly around the same time we added a steel tube and two aluminum plates for the cake pan to sit on. The aim for this was to add a thermal mass to the oven to average the temperature of the box as well as increasing the thermal transfer from the light to the cake batter.

For eye protection to check on the cake, I decided to use a little bit of my history knowledge to create a cardboard variant of the snow goggles the Inuit traditionally use. These were designed to reduce the light getting to your eyes, mainly to stop snow blindness. This actually worked great, then one of my friends decided to add some decoration to it 🙂

Ultimately the cake came out surprisingly well, then with the help of our friend Sam we added powered sugar and prefabricated fruit chunks.

To add to the festivities I brought out the Milk Shake Machine, and Peter brought out some liquid nitrogen to play with. In the end, a great going away party!