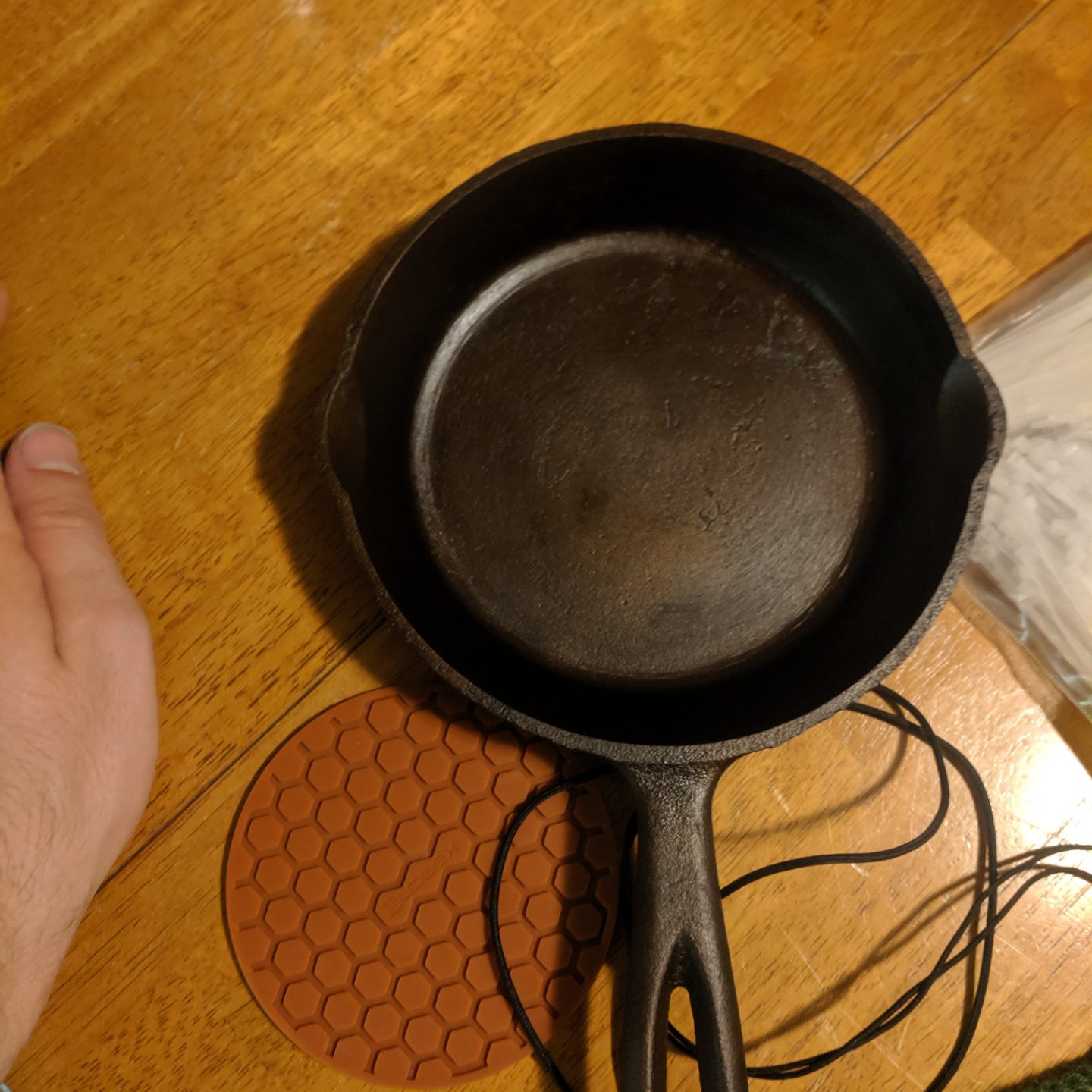 Recently I came across some decent and rusty cast iron at a junk-yard and was able to pick it all up for $5. So I decided to re-season it from scratch because I had no idea what the history of the cast iron was (and what it had come into contact with). I also decided to take the time to also re-do my favorite cast-iron skillet from Kinsers, PA.

So, for this project I was aiming to re-season my cast iron with ~2-3 coats of seasoning/oil. But before anything else, I wanted to strip the surfaces all the way down to the bare metal. This is an important step because any potential contamination with chemicals or other substances would be trapped in the seasoning layers, ultimately running the risk of being cooked into your food. (A side benefit as well is that you can create a more uniform seasoning from scratch).

So I took all my cast iron down to the shop on campus which has a large sand blasting cabinet stocked with a high grit glass blasting medium. This allowed me to really clean up the surface while also keeping a relatively smooth cooking surface. With a lower grit (Larger medium), you run the risk of creating pitting which increases your surface area. This would generally be bad for cooking because you run the risk of having your food stick to the pan.

Once sandblasted I went on my way to seasoning. First I wiped down all the surfaces with warm water and removed all water and moisture to keep any rusting from beginning. Then I baked the cast iron @ 200F in the oven to really remove the moisture. After this I inspected the pieces and noticed a few places where a light layer of rust had formed. So I cleaned off the rust and began my seasoning. Below is the general order of operations:

I assume you could repeat as many times as you like until you feel satisfied, but I found three times was solid enough for me. I was really happy with the golden brown color my favorite cast iron skillet came out with. So a pretty straightforward way to season without too much hassle. I think in total, all this cast iron cost me was $15, I believe it was $10 for the skillet back in Kinsers a few years ago and $5 for the rest of it.